The King and the Princess

There was once a king who had a majestic daughter, he was extremely protective of her that he made a rule that no man is ever to approach his daughter.

In the kingdom there were 4 men that were completely lost by her beauty and wanted to lay with her. They decided that they will disobey the king's ruling and kiss her. At night fall they plotted to sneak in to her quarters and execute their plan. Night fall came and they all broke in an kissed the princess.

Pleasing to the princess she moaned in pleasure alarming the guards. The four men were held and brought to the king. The king decided to put them to death but the princess pleaded for them and the king decided he will release them on one condition. They must go out to the wilderness and return with 7 fruits.

Excited with such an easy escape they rushed out: out of the 4 men 3 returned the 1st had 7 apples, the 2nd with 7 pears and the 3rd with 7 grapes.

Becoming impatient with the 4th man the king said let's continue with the punishment, he told the men that in order to be released they will each have to fit the 7 fruits into their mouth.

The 1st tried with his apples he manged one but couldn't fit the others and was put to death.

The 2nd desperate to live manged 3 pears but couldn't fit the others and was put to death.

The 3rd easily popped 6 of the grapes in his mouth but with the 7th he burst out with laughter and spit all 7 out and was put to death.

Before he was put to death the others looked at the 3rd guy and asked: "What went wrong with you, why couldn't you fit 7 grapes in your mouth?"

He replied, "Of course I could but I just lost it when I saw the 4th guy coming with 7 watermelons." 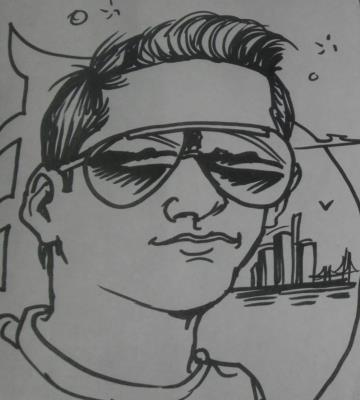