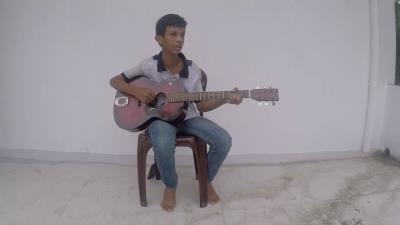 A farmer was running back home when it started to rain. Then suddently he slipped and fell into a muddy puddle.

Suddenly lightning flashed across the sky. The farmer annoyed shouted to the sky saying "First you get me wet. Then you put mud all over my clothes. Now, as if that wasn't enough YOU'RE TAKING A PHOTO OF ME !!!!".

A Texan farmer goes to Australia for a vacation. There he meets an Aussie farmer and gets talking.

The Aussie shows off his big wheat field and the Texan says, "Oh! We have wheat fields that are at least twice as large".

Then they walk around the ranch a little, and the Aussie shows off his herd of cattle.

The Texan immediately says, "We have longhorns that are at least twice as large as your cows".

The conversation has, meanwhile, almost died when the Texan sees a group of kangaroos hopping through the field. He asks, "And what are those"?

The Aussie replies with an incredulous look, "Don't you have any grasshoppers in Texas"?

There was a farmer who sold a pound of butter to the baker. One day, the baker decided to weigh the butter to see if he was getting a pound, and he found that he was not. This angered him, and he took the farmer to court. ...

The judge asked the farmer if he was using any measurement.

The farmer replied, "Your Honor, I am primitive. I don't have a proper measurement, but I do have a scale."

The judge asked, "Then how do you weigh the butter?"

The farmer replied "Your Honor, long before the baker started buying butter from me, I have been buying a pound loaf of bread from him. Every day, when the baker brings the bread, I put it on the scale and give him the same weight in butter. If anyone is to be blamed, it is the baker."

Two brothers, Ralph and Dexter, had the same routine every Sunday morning. They would each grab a 12 pack of their favorite brew and head out for a day of hunting.

They had their special field that they went to every time, but for the past few weeks their spot was really slow. They sat in their field for hours without seeing a single bird. They finished their beers and were getting very bored. So they finally decided that it was time to find a new spot.

So Ralph and Dexter stumbled through the fields laughing and carrying on until they saw this field behind an old farmhouse just full of geese. The brothers new that they would have to get permission to hunt on this farmer's land so they used paper, rock, scissors to decide who would be the one to ask.

"my prize mare is very ill and must be put down and I don't have the heart to do it. Since you are here do you think that you could do the job for me?"

For the opportunity to hunt in the field Dexter said that it would be no problem. So he thanked the farmer and headed to the barn.

Ralph came running behind Dexter to see what the farmer had said. Dexter had a pretty good buzz going and thought that he would play a joke on his young, naive little brother and said,

"That farmer won't let us hunt in his field so I'm gonna teach him a lesson."

"What are ya gonna do Dexter?" asked Ralph.

"I'm gonna shoot one of his horses.", Dexter replied.

So Dexter walked into the barn, took aim and "BANG", shot the horse.

"Let's get out of here Dexter!" Ralph Screams. "I just shot two more!"