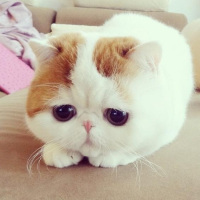 A rancher was minding his own business when an FBI agent came up up to him and said, "We got a tip that you may be growing illegal drugs on the premises. Do you mind if I take a look around?"

The old rancher replied, "That's fine, you shouldn't go over there though." As he pointed at one of his fields.

The FBI agent snapped at him, "I'm am a federal agent! I can go wherever I want!" With that he pulled out his badge and shoved it into the ranchers face.

The rancher shrugged this off and continued with his daily chores. About 15 minutes later he heard a loud scream from the field he had pointed out earlier. All of a sudden he could see the FBI agent sprinting towards him with a large bull on his heels.

The rancher rushed to the fence and yelled, "Your badge! Show your badge to the bull!"

Question: Why did the police take the woman with insomnia to jail?

Answer: Because she kept resisting a rest.

The CIA had an opening for an assassin. After all of the background checks, interviews, and testing were done there were three finalists, two men and a woman. For the final test, the CIA agents took the first man to a large metal door and handed him a gun.

"We must know that you will follow your instructions, no matter what the circumstances. Inside of this room, you will find your wife sitting in a chair. Kill her!!!"

"You can't be serious," said the man, "I could never shoot my wife."

The agent said, "Then you're not the right man for this job."

The second man was given the same instructions. He took the gun and went into the room. All was quiet for about five minutes. Then the man came out with tears in his eyes. "I tried," he said, "but I can't kill my wife."

The agent said, "You don't have what it takes; take your wife and go home."

Finally, it was the woman's turn. She was given the same instructions, to kill her husband. She took the gun and went into the room. Shots were heard, one after another, until the clip was empty. Then they heard screaming, crashing, and banging on the walls. After a few minutes, all was quiet. The door opened slowly and there stood the woman.

She wiped the sweat from her brow and said, "Somebody loaded the gun with blanks. I had to beat him to death with the chair."

A cop pulls over a guy and says, "Your eyes are awfully red. Have you been drinking?"

"Gee, officer," the man replies. "Your eyes are awfully glazed -- have you been eating doughnuts?"