The Christian and the Atheist

There's a little old Christian lady living next door to an atheist. Every morning the lady comes out onto her front porch and shouts "Praise the Lord!"

The atheist yells back, "There is no God."

She does this every morning with the same result. As time goes on, the lady runs into financial difficulties and has trouble buying food. She goes out onto the porch and asks God for help with groceries, then says "Praise the Lord."

The next morning she goes out onto the porch and there's the groceries she asked for, and of course, she shouts "Praise the Lord!"

The atheist jumps out from behind a bush and says, "Ha, I bought those groceries - there is no God."

The lady looks at him and smiles, she shouts "Praise the Lord, not only did you provide for me Lord, you made Satan pay for the groceries!"

Chicken and the Possum

Why did the chicken cross the road?

To prove to the possum it could actually be done!

My Cabin in Alaska

A few years I got tired of the city life and bought a little cabin In the remote mountains of Alaska. It was a long winter, but made it thru it.

One day I heard a knock at my door I opened it and there stood a big burly guy. He said he lived over the mountain and had seen my smoke. He said he is throwing a spring party over at his cabin. He said it will be tomorrow and asked me if I wanted to come?

I said ya, its been a long winter,

He said There would be a lot of drinking,

Also there will probably be some fighting,

I said I could hold my own.

Then he said, oh, there will be a lot of sex,

I said wow, Its been a long time for me.

He said see you tomorrow and started to walk off.

I said what time should I be there?

He said, it doesn't matter, There's only going to be you and me! 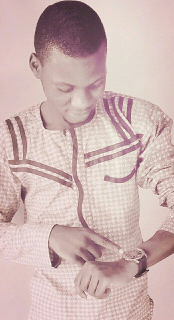 A chicken and a goat decided to take a walk.

As they were walking, a car drove past them with speed and splashed some water on them. The chicken took offence and said, “Look at how they drive, like goats!” And the goat replied, “No wonder they die like chickens.”