A man was determined to win the state lotto. He bought lotto tickets every week for years with no results. Then, one day in a flash of inspiration he realized that he would have to change his name in order to win the lotto. The next day he when to the courthouse and officially changed his name to 'Somebody'.

Out of curiosity the clerk who was doing the paperwork asked why he had chosen 'Somebody' as his new name.

"Well," he replied, "I wasn't having any luck with my old name, but everyone knows that eventually, Somebody always wins the lotto!"

A guy spots a sign outside a house that reads, "Talking Dog for Sale."

Intrigued, he walks in. "So what have you done with your life?" he asks the dog.

"I've led a very full life," says the dog. "I lived in the Alps rescuing avalanche victims. Then I served my country in Iraq. And now I spend my days reading to the residents of a retirement home."

The guy is flabbergasted. He asks the dog's owner, "Why on earth would you want to get rid of an incredible dog like that?"

The owner says, "Because he's a liar! He never did any of that!"

While suturing a cut on the hand of a 75 year old rancher, whose hand was caught in the gate while working cattle, the doctor struck up a conversation with the old man. Eventually the topic got around to one of the political candidates.

The old rancher said, "Well, ya know, that candidate is a 'Post Turtle'."

Not being familiar with the term, the doctor asked him what a 'post turtle' was.

The old rancher said, "When you're driving down a country road you come across a fence post with a turtle balanced on top, that's a 'post turtle'."

The old rancher saw the puzzled look on the doctor's face so he continued to explain.

"You know they didn't get up there by themselves, they don't belong up there, they don't know what to do while they're up there, and you just wonder what kind of dummy put them up there to begin with." 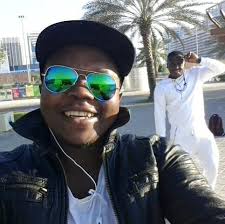 "Sarcasm will get you nowhere in life," my boss told me.

"Well it got me to the 'International Sarcasm' finals in Santiago, Chile in 2009," I informed him.